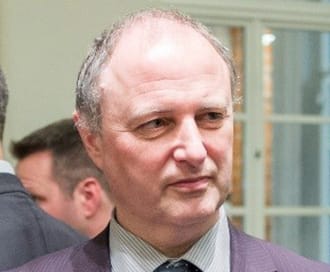 Phil Ramsey was appointed CTO of the NSG Group in February 2012.

Phil joined Pilkington in 1990 as a Senior Research Scientist based at the R&D Centre at Lathom, UK. In 1994 Phil was appointed the Technical Marketing Manager for Pilkington Micronics based in San Jose, California. Phil then held various positions in Manufacturing and R&D Management in Pilkington. He was appointed VP Technology, Building Products, NSG Group after the acquisition of Pilkington by NSG in 2006.

Phil attended Cambridge University, UK, receiving a BA in Materials Science in 1985 and a PhD in the tribology of engineering ceramics in 1988.