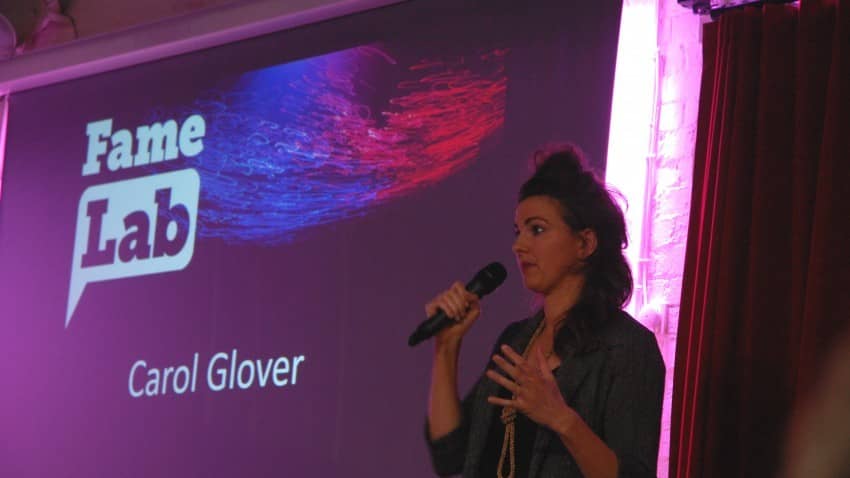 Famelab is the longest running science communication competition in the world. Started in 2005 by the Cheltenham Science Festival, contestants from science, maths or engineering backgrounds compete by giving a three minute talk explaining a scientific concept of their choice.

Famelab is judged by a panel of scientists, journalists and public figures and the audience is made up of the general public. Previous wonderful and weird topics that contestants have enlightened us with include “Why do men have nipples?” and “Will we ever live on Mars?”. By engaging with the public, contestants have the chance to further their careers and open up future communication possibilities, enabling them to tear down barriers between science and the rest of society.

Carol will now go to a weekend masterclass and then on to represent Wales in the UK final, which takes place at the Science Museum in London on 26th April.