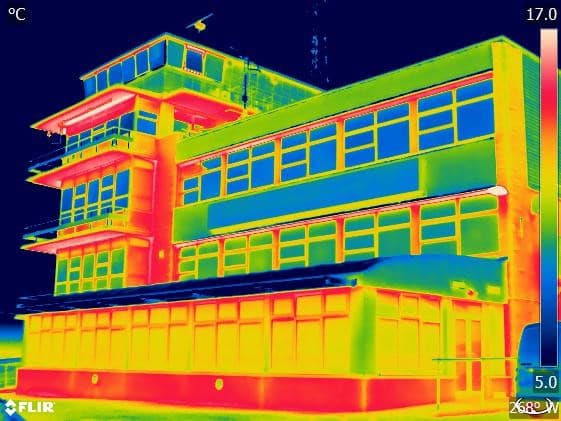 Case Study: Improving Thermal Efficiencies in Buildings with the Port at Milford Haven

The Port of Milford Haven is a leading UK port handling over 30 million tonnes of cargo annually, with numerous buildings across their estate. SPECIFIC conducted thermographic surveys to assist with the prioritisation of improvements to the thermal performance of two of their buildings.

Despite recently replacing their heating system, the tenants of one building had raised concerns about low levels of thermal comfort in their office. A second building, which serves as the Port Authority’s headquarters, was also under review as it was considered to be thermally inefficient and in need of improvement.

Following completion of the surveys, SPECIFIC provided reports to highlight where improvements to the building fabric could be made and advised on potential energy performance upgrades.

To carry out internal and external thermographic surveys of the buildings and report the findings in order to:

The reports helped to:

“The team from SPECIFIC carried out thermographic surveys on some of our buildings. Their knowledge, professional approach and detailed reporting was impressive. We used the information to improve energy efficiency and provision of heating on site”