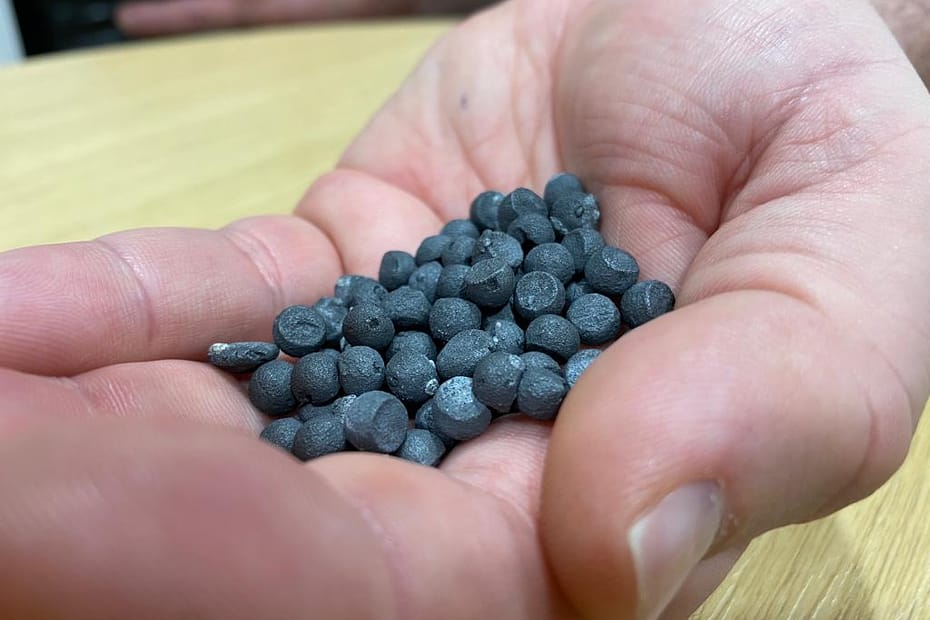 As the UK experiences the first chill of winter, last summer’s record-breaking heatwave is just a memory for most of us. For our thermal storage research team, however, it was a great motivator: what if we could have captured some of that heat and used it now?

For several years they’ve been developing a heat storage system that uses vermiculite as a carrier for the thermochemical salt, but new inspiration came from an online cookery programme.

The chef was using alginate, a derivative of seaweed, to make fake caviar. He dissolved the alginate in apple juice and then added it in droplets to a calcium salt bath. The calcium reacts immediately with the alginate to form a film around the droplet, creating little beads of juice.

The team set to work using a similar method: they dissolved alginate in water, rather than juice, and added expanded graphite. As the mixture is dropped into the thermochemical calcium salt, little beads of expanded graphite are formed. The beads are left in the bath for a day, allowing the salt to infuse into them, and then they’re dried: they’re ready to store heat.

The new beads can hold significantly more salt than the vermiculite carrier could, allowing for a lot more heat energy to be stored. The energy density is potentially up to four times greater, meaning the same amount of heat energy can be stored in a quarter the volume of material.

Having made this leap to a new material, the team is now testing different bead sizes and salt concentrations to try and improve their performance.

They’re also running a trial at Tata Steel’s Trostre steelworks to explore ways of capturing waste heat from their industrial processes for use elsewhere.

Recovery and storage of otherwise-wasted heat – whether it’s from industry or the summer sun – is a hugely promising opportunity in the drive towards low-carbon, low-cost energy resources.

This work was recently presented by Engineering Doctorate researcher Jack Reynolds with two posters at the Eurosun 22 conference.