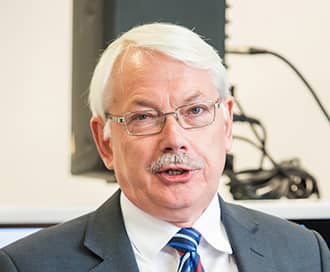 Peter is a civil and structural engineer who has become a recognised world leader in major bridges (he received an OBE for successfully delivering the Second Severn Crossing as Government Agent), advanced composite technology and now in sustainable development in cities and regions.

He has won many awards for his work including the Award of Merit of IABSE, the Royal Academy of Engineering’s Silver Medal and the Prince Philip Award for Polymers in the Service of Mankind. In July 2008 he was awarded an honorary doctorate in engineering at Bristol University, where he is a visiting Professor in Sustainable Systems Engineering. In May 2011 he was appointed as a visiting professor in eco-cities at Westminster University. In 2009 he was awarded the Sir Frank Whittle medal of the Royal Academy of Engineering for a lifetime contribution to the well-being of the nation through environmental innovation.