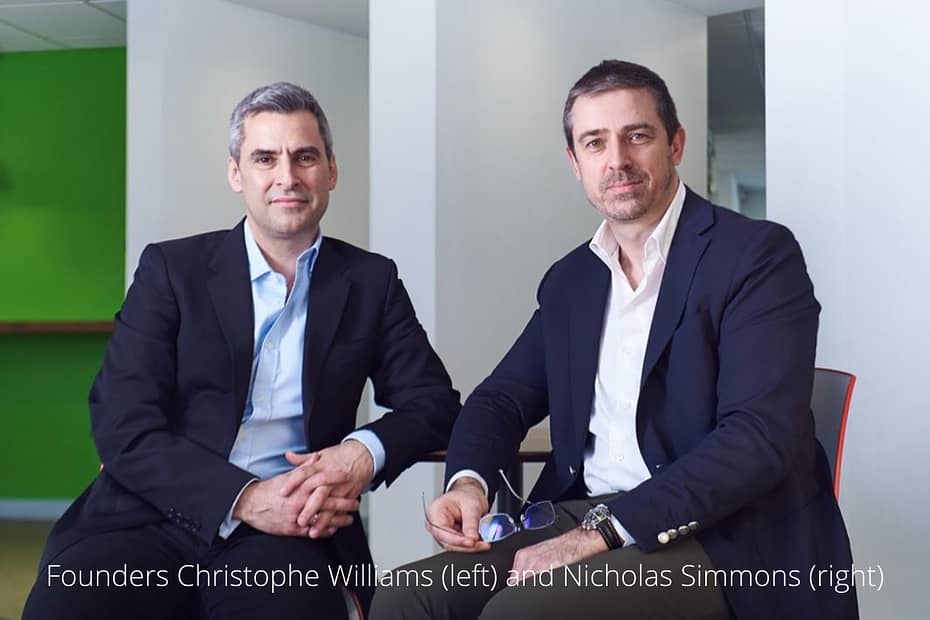 Naked Energy is a British design, innovation and engineering business with a global outlook, redefining solar energy solutions. As a technology supplier for the Active Office, we caught up with Founder, Christophe Williams to learn more about their start-up journey, the technology and future plans for the business.

Tell us about yourself, how Naked Energy started and what you most enjoy about the business aims:

I’m from a family of engineers but ended up working in the world of commercial advertising. My growing passion for making our world more sustainable led me to create Naked Energy as a vehicle for turning some ideas into a business with a purpose. The most rewarding aspect of the business has been seeing those ideas develop into a business plan, detailed product designs, prototypes, pilot demonstrations, scaling to manufacture and ultimately starting to deliver fully-fledged commercial scale projects. A real solar-coaster of a journey!

What made you focus on solar-thermal rather than just solar-PV?

While solar-PV is an extremely worthwhile and valuable contribution to decarbonising electricity it was obvious that this would only partially address the biggest challenge of all – decarbonising heat.

Heat accounts for around half of all energy consumed globally – about three times as much as electricity (most people confuse energy with electricity!!). Heat consumption is in fact more than electricity and transport put together. So the huge focus on PV, wind and electric vehicles was not really tackling the main problem.

Having had some involvement in solar thermal previously it was clear that it could provide a massive contribution to the need for low carbon heat. Many would argue that you could use electricity from solar-PV to generate heat, but that is missing the point. The conversion of the sun’s energy into electricity is not especially efficient – at most 20% of the sun’s energy can be converted to electricity. Then there are losses in conversion from DC to AC, followed by more losses as the electricity is transmitted over the grid, before finally being converted back into heat. Solar thermal is up to 80% efficient and, with the notable exception of district heating, can and must be deployed where the heat is needed.

The technology simply combines two very well understood standalone technologies into one. Vacuum tubes have the largest installed base of any solar thermal technology globally and because they are more thermally efficient it made sense to use that as the base for our PVT product. VirtuPVT had a simple aim – to generate as much energy as possible, from as little space as possible, at the most financially attractive cost when taking into account the expected operating life of the product.

Whilst the concept is simple, the execution is anything but! Working with vacuums is challenging at the best of times. Trying to incorporate PV into the same package brings its own unique technical challenges. Very simply – the energy from the sun that is not converted into electricity, that would otherwise be wasted in a conventional PV module, is captured and used to address the massive need for heat in the built environment. Cold(er) water is pumped into the tube and hot(ter) water comes out. By regulating the flowrate we can set the temperature of the water to match the application. The electricity from the high efficiency mono-crystalline PV cells comes out of the VirtuPVT tubes through a standard MC4 connector which is hooked up to an inverter to convert from DC to AC. The AC electricity can then be used on site or exported to the grid as with any normal PV module.

What’s your favourite fact / stat about your technology?

It’s the performance that really sets Virtu apart. On a cold winter’s day, so long as the sun is shining, VirtuPVT can happily produce hot water at 60oC+ whilst simultaneously producing electricity. We have calculated that on a flat roof we can offset 300% more CO2 than a conventional PV module (based on an identical area and at a given grid CO2 intensity). Moreover, the majority of the CO2 offset is the really important and hard to get at Scope 1 emissions produced in the building by conventional heat sources such as gas boilers. If you want to tackle climate change that fact alone supports the entire argument for incorporating solar-thermal or PVT into any and all buildings (or district heating projects).

The Virtu tubes in particular are quite striking in appearance – how much did the appearance influence the overall design or is it all function?

Given my background in advertising I’m a very visual person, so I love the look of Virtu. However, the design was ultimately dictated by function and practicality. The tubes are slightly larger format than the majority of evacuated tubes (180mm diameter) in order to accommodate industry standard full size PV cells. The length of the tube was determined by incorporating 12 cells in a string (much the same as the length of a row in a conventional PV module) – this was again done so that we could use standard procedures for stringing the cells together and bonding them to our unique heat exchanger.

In order to avoid self-shading on a flat roof (the same problem a PV module has) we needed to have a certain distance between each tube in an array and by placing a reflector in the space between each tube we found we could boost both the thermal and electrical output by as much as 40%. This gives us a huge advantage on a flat roof (or a vertical façade). Of course the fact that the tubes are low profile is also a huge advantage both aesthetically and practically (easier to install and much lower wind shear).

We also spent a lot of time listening to installers and taking on board their feedback to make the installation process as simple and as quick as possible. So the end design really is all about function and it’s a very happy coincidence that it also looks stunning.

How has working with SPECIFIC helped Naked Energy?

It is important to have partners and customers that really understand the benefits of the technology and have the courage to put ideas into practice. The team at Specific are incredibly knowledgeable and put together a fantastic team to implement the Active Office. Consequently the demonstration has been a resounding success from Naked Energy’s perspective. The entire system is well thought out using high quality components and the best engineering practices. This has resulted in very few technical issues and provided a wealth of valuable data. Moreover, the exposure the project has received has been a huge boost to the profile of Virtu and Naked Energy.

Have you got any plans for additional products to be added to the portfolio?

In addition to our very differentiated hybrid solution, VirtuPVT, we have a higher temperature thermal only option, VirtuHOT. The dimensions and plumbing are identical, so the two products look and work well together and of course we and our customers benefit from economies of scale as the two variants have the same platform architecture (to borrow a phrase from the motor industry). We are also incorporating more flexibility into the next generation so that the tubes can be set at different angles and different pitches (with or without reflector) according to the location / orientation and mounting type. For example, for customers situated closer to the equator, where the sun is higher in the sky for more of the year, the absorber angle to the sun is shallower and the tubes can be placed closer together (and the benefit from the reflector is less pronounced). Longer term, we would like to integrate Virtu much more closely with heat pumps to provide a standalone solution for the provision of year round heat. Ultimately we are very excited at the prospect of offering solar cooling through absorption or other thermally driven chiller technologies which has huge potential for addressing another climate change challenge.

What exciting projects have you got lined up for the future?

We have interest in Virtu from all over the world and often struggle to keep on top of all that interest with our small, but growing, commercial team. At present our priority is finding the right partners to help us scale and enter new geographies. Those partners in turn are unlocking many exciting opportunities around things like district heating and solar cooling. The sorts of applications in the pipeline include hotels in small island nations, hospitals, breweries, dairy farms, social housing, office blocks and more.

What’s the biggest challenge facing Naked energy and the technology in the future?

Vested interests, short term thinking and an un-level playing field. Unfortunately, inconsistent government policies and picking one technology over another can be extremely disruptive and damaging when trying to get a new solution off the ground. For example, when the feed-in-tariff scheme started paying as much as 46p/kWh it killed interest in solar thermal almost overnight. Fortunately, the government eventually got around to introducing the renewable heat incentive, but that was too little, too late. Currently there is a lot of talk about electrification of heat and / or district heat networks. Ultimately, we would simply ask for no favouritism and perhaps look at using taxation as a more objective tool to discourage high carbon energy and promote low carbon alternatives. Of course, this would require specific measures to address fuel poverty (and perhaps industrial competitiveness, but we need to be careful we don’t end up picking favourites again!).

We also need to change mindsets. Many organisations have the goal of becoming more sustainable – they need to do more than pay lip service to this, simply switching to a ‘green’ electricity tariff isn’t enough. One of our biggest challenges is the completely unrealistic notion that a more sustainable technology should ‘pay for itself’ in a very short time frame (be simultaneously sustainable and massively cheaper than the status quo). We understand the drivers, but we are talking about long term strategic change. We expect Virtu to have a useful operating life of at least 20 years. If someone were to invest in Virtu to produce clean sustainable heat and power the fact that the technology pays for itself in 20 years should be sufficient to make the switch. In reality, depending on the location and the specific application, it can pay for itself between 5-10 years.

Where can people find out more about the technology?

Luckily SPECIFIC has developed a fabulous online tour which shows off Virtu (and all the other innovative technology at the Active Office)! We have a website that gives a good overview of the company and the technology. If someone is really interested and has a specific application in mind the best bet is to get in touch with our excellent commercial team – more engineers than salespeople – so that we can work together to figure out the best solution