Swansea University Researchers at the Forefront of Tackling Climate Change 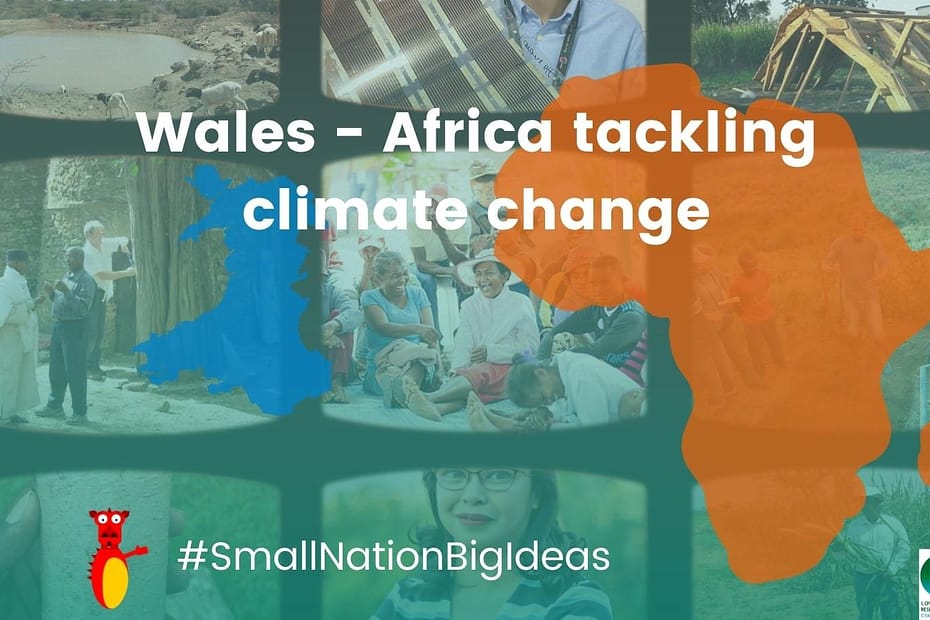 On November the 6th, world leaders will meet in Egypt for the 27th United Nations Climate Change Conference – COP27. As COP is being held Africa this year it is an important opportunity to look more closely at the dire threats many on the continent face as a result of climate change as well as how nations can work together to tackle climate change at a global level.

Africa is a key player in the battle against climate change. The continent is home to 18% of the world’s tropical forests giving it a vital role in mitigating climate change. With rapidly growing populations seeking economic growth, African countries are also forced to think outside the box for ways to achieve development in climate friendly way leading to new innovations.

As well as mitigation, Africa is also an important place for climate adaption research. Despite having played only a small role in the causes of climate change, the United Nations Environment Programme points out that Africa is currently the most vulnerable to the impacts of climate change as many on the continent lack the resources to buffer themselves from the effects of climate change.

Here at Swansea University, we are proud to be able to say that our researchers are contributing directly towards finding solutions to climate related issues through several cutting-edge collaborations with African researchers, including by SPECIFC researchers.

Renewable energy will play a vital role in tackling climate change with solar power being a key part of the renewable energy mix. But whilst the energy generated through solar panels is completely sustainable, the panels themselves are less so. The current silicon based solar photovoltaic systems rely on the extraction of minerals, manufacturing with hazardous materials leading to hazardous waste and at the end of their lifespan they are challenging to recycle producing only low value materials.

Professor Matthew Davies, a SPECIFIC Research Lead from Swansea University, has been working in collaboration with Professor Bice Martincigh from the University of KwaZulu Natal, South Africa, to tackle the problem. The research team are working on a new generation of perovskite based solar cell that can be printed onto a flexible surface, doesn’t rely on sought after minerals and, best of all, can be fully recycled into new solar panels at the end of its life. The team’s innovative solution minimises many of the drawbacks of solar power offering a truly sustainable circular economy solution.

When it comes to predicting the impacts of climate change, understanding the climate of the past is crucial. For Ethiopia, climate change is already creating significant challenges. The Horn of Africa, where Ethiopia is located, is currently enduring its worst drought in forty years with many now facing the threat of starvation as food supplies run low. Unfortunately, Ethiopia has very limited historical climate records making it harder for researchers to predict when droughts may occur and so for authorities to plan accordingly.

Professor Iain Robertson from Swansea University and Professor Zewdu Eshetu from Addis Ababa University, Ethiopia, have been using living trees as a window into the past to piece together Ethiopia’s climate history. Tree rings correspond to a period of growth, very often a year, with the width of the ring determined by the growing conditions – a thick ring in periods when good rainfall enables growth and a thin ring in dry periods when growth is limited. Through taking core samples from living juniper trees around Gonder, Ethiopia, the team have confirmed that drought is increasing in the country due to less water coming to the country from the Congo Basin – invaluable information for scientists and government officials as they plan for the future.

Climate change is predicted to impact animals around the world in a multitude of ways as increased temperatures and altered weather patterns change the environment, they live in. Understanding how different species will be affected by climate change requires scientists to predict how their environment will change, but also how the species in question will react to those environmental changes.

Professor Luca Börger from Swansea University has been working with Professor Andrea Fuller from the University of Witwatersand, South Africa, to understand how climate change might impact the endangered African wild dogs. The team are studying wild dog populations in Kenya, Namibia and South Africa using state of the art collars featuring GPS tracking and 3D accelerometers and micro temperature sensors implanted under the dogs’ skin to tell body temperature. The combined data will help researchers understand how the dogs cope and adapt in different temperature conditions which will be invaluable for future conservation planning not just of wild dogs but other large, bodied carnivores as well.

Many communities in rural Liberia are not connected to the road system and are linked by a network of tracks and paths. With more erratic rainy seasons predicted for the country, there is a risk that communities become cut off during periods of heavy rain as watercourses become uncrossable with implications for access to healthcare, education and access to markets.

Dr Krijin Peters from Swansea University has been working with Dr Martin Tarkpor from the Lofa Integrated Development Association in Liberia to look at ways to improve connectivity between rural communities. One of the solutions the project has developed is a bridge design made from sustainably sourced second growth forest timber that is suitable for motorcycles, the most common form or local transport. The bridges are cost effective and ensure that communities remain connected during heavy rain. The project also works with company providing solar power and e-bikes to off grid communities advancing quality of life more rapidly than traditional grid infrastructure can and using clean renewable energy.

The Low Carbon Energy and Environment Research Network Wales have compiled a series of case studies highlighting research collaborations between Welsh and African research teams which include the above three projects. If you would like to read more about each of these research projects, and see other examples of researchers in Wales tackling climate related issues then head over to www.lceernw.ac.uk/wales-in-africa