The Active Office: One Year On… 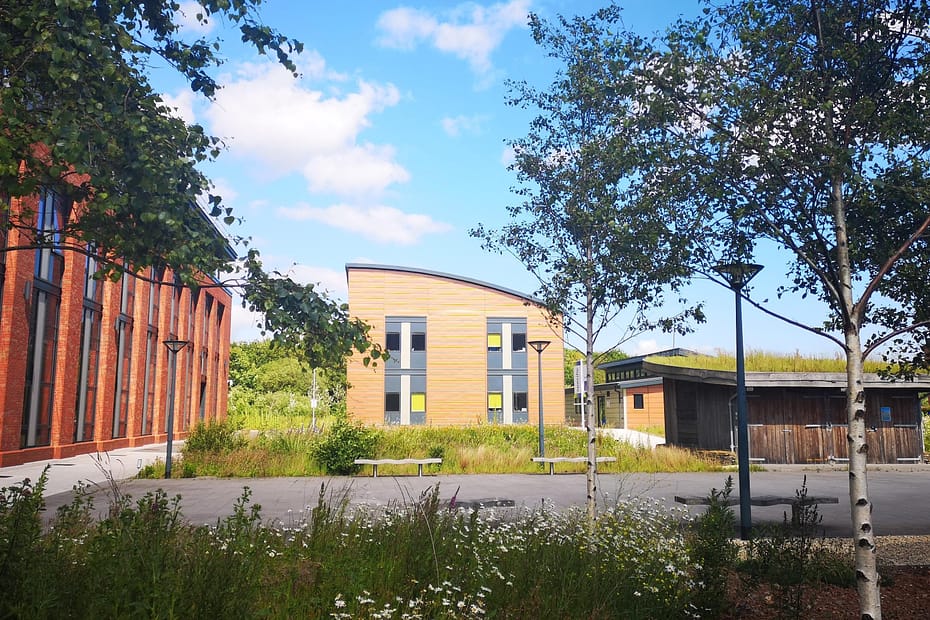 A Q&A with SPECIFIC’s Technology Director, Dr Justin Searle, on how the Active Office has performed, and what’s next…

It has gone well. Overall, the Active Office generated 22.6MWh of solar heat and electricity and consumed 26.2MWh.

The energy consumption comes out at 71kWh per m2, which is about a third of what you’d expect from a standard office of this type. If you account for the energy the Active Office generated then that figure drops to 11kWh per m2 or 5% of a typical office.

We’re very pleased with these stats for the first year, particularly considering that it took seven months after the doors opened to get all the technology onto the building and optimised. With some further tweaks we’re confident that the next year will be even better, to the point where it’s generating more than consuming.

We are monitoring everything in detail so we can see exactly where the energy is coming from and going to and change things accordingly. The energy consumption of some systems has been surprising – for example the fire alarm consumes 9W continuously, which adds up to 78kWh in a year – and our lighting also has room for improvement. Getting the balance between occupants’ comfort and efficiency is quite delicate; this is an area where further improvements can be made.

We have been testing some new control methodologies, such as forced import and export of electricity to the Grid. This has been relatively uncontrolled to date, simply based on a time schedule, but our new philosophy will reduce overnight import and daytime export, thereby reducing round-trip losses and improving overall efficiency. The ultimate aim is never to uncontrollably import or export, but to target the most beneficial times based on carbon intensity or electricity price.

We’re also looking at how we control power to and from electric vehicles effectively. We used 4.5 MWh charging electric vehicles last year using standard chargers. In the future, the building will be able to determine when to charge the vehicles (unless overridden by the users) which means we can ensure the best use of the available renewable generation while minimising the peak demand on the grid. About 20% of the total consumption was put into electric vehicles so it has a big impact on overall performance. It also highlights the future impact of electrification of transport and helps to identify future strategies for managing this increased demand.

The feedback so far has been very good. There were, admittedly, some pointed comments about room temperatures in winter but this was addressed as the systems settled down and with minor hardware changes. It always takes a few seasons to get a new building working properly and we weren’t fully fitted out until mid-January – the real test will be next winter, when we’re not commissioning, testing or altering any of the technologies!

Many hundreds of visitors to the building have been overwhelmingly enthusiastic too. The screen in the foyer showing live information about where the energy is coming from and going to has really helped to capture imaginations. It has been a surprise hit with casual observers and building professionals alike!

With the wealth of systems, relatively novel technology and sheer amount of data, I think our biggest challenge was how to prioritise optimisation of individual systems and in some cases ensure that the systems were performing in line with expectations. The upside to this is that where a potential issue is identified we can very quickly and easily pinpoint the hardware or performance failure and give evidence to our suppliers, who then work with us to remedy it.

The next challenge is to take our understanding of the performance over the last year and begin to embed new things – such as controlling operation to minimise grid carbon impact or responding to external signals to modify the building’s behaviour based on grid stress or Virtual Power Plant instructions*.

The ability to distil quite complex data streams and systems into a real-time infographic on the screen in the entrance hall has had big benefits. With the Cisco Kinetic (Internet of Things) platform we’re able to show live data from different parts of the building – such as the energy being generated by the BIPVco roof and Naked Energy tubes, temperatures in the rooms and water tanks, or where people are using energy – and that has been genuinely informative, both for us monitoring system performance and from a visitor engagement point of view.

Our electrical genius Rich Lewis set up the system almost overnight and very quickly understood what the platform could do and fed 15 disparate data sources from different systems into the one dashboard, which even Cisco were impressed by. The ease by which we can now visualise live or historical data in a professional looking display is great. We can select, view and download relevant data with ease from a host of sub systems.

Well, we have a year’s worth of performance data to dig into!

We’ll also be using the building for other collaborative projects. For example, we are part of the FRED project with Evergreen Smart Power, which is looking at domestic demand side response**. The systems and extensive monitoring that we have in the Active Office combined with engaged users means it’s an ideal environment to try out the Virtual Power Plant platform.

We are also engaged with the OpenLV project, which is looking at what can be learnt by monitoring data from substations. The Active Office is a great platform to explore ways that buildings like this can interact with the grid because it includes many of the technologies that could influence the future of building energy usage such as heat pumps, electric vehicle chargers, battery storage and thermal storage.

The other big news is the start of the Active Building Centre, formed with funding through the Transforming Construction Industrial Challenge. This independent national centre which will examine the business models and barriers to change and gather the evidence needed to enable further buildings similar to the Active Office and transform construction in the UK.

The Active Office has a far bigger legacy than we ever anticipated and is a huge success for SPECIFIC.

* a cloud-based system that connects and manages a network of energy providers https://www.next-kraftwerke.com/vpp/virtual-power-plant