The UK’s first energy-positive office, which generates more solar energy than it consumes, will be opened at Swansea University on 21st June.

Buildings currently account for around 40% of UK energy consumption.  This new building, known as the Active Office, points the way to a new generation of low-carbon offices which produce their own supply of clean energy.

The office will be opened by Secretary of State for Wales Alun Cairns.  It was designed by SPECIFIC, a UK Innovation and Knowledge Centre led by Swansea University.

The Active Office combines a range of innovative technologies that will enable it to generate, store and release solar energy in one integrated system, including:

The ‘buildings as power stations’ concept has already been shown to work.  Right next to the Active Office is the Active Classroom, the UK’s first energy-positive classroom.  Also built by SPECIFIC, this was recently named Project of the Year by the RICS Wales.  In its first year of operation, the Active Classroom generated more than one and half times the energy it consumed.

The Active Office and Classroom will be linked together and able to share energy with each other and electric vehicles, demonstrating how the concept could be applied in an energy-resilient solar-powered community.  They will provide functional teaching and office spaces, as well as building-scale development facilities for SPECIFIC and its industry partners.

Energy positive buildings could benefit the UK significantly. A 2017 analysis showed that it would mean:

The Active Office has been designed to be easy to reproduce. It is quick to build, taking only one week to assemble, with much of the construction taking place off site. It also uses only technologies that are commercially available now, which means there is no reason why they could not be used on any new building.

“Offices are enormous consumers of energy, so turning them energy-positive has the potential to slash fuel bills and dramatically reduce their carbon emissions.

Turning our buildings into power stations is a concept that works, as the Active Classroom shows.  This new building will enable us to get data and evidence on how it can be applied to an office, helping us refine the design further.

The Active Office is a first, but it isn’t a one-off.  It is quick to build using existing supply chains, and uses only materials that are already available. This is tomorrow’s office, but it can be built today.”

“It’s difficult to overstate the potential of developing a building that powers itself. The concept could genuinely revolutionise not only the construction sector but completely change how we create and use energy, so the opening of the Active Office in Swansea is an exciting step forward.

Developing technologies like those demonstrated in the SPECIFIC Active Office can play a strong role in the Government’s modern industrial strategy to create ‘clean growth’ and fulfil our mission to halve the emissions of new buildings by 2030.”

“I am delighted to open the Active Office, a living example of how a building can make a difference to us and our environment using innovative technologies –and equally importantly creating jobs in Wales.

“Research and innovation has a proven track record to stimulate our economy. The UK Government has been a proud supporter of the project, and last year awarded £800,000 of funding towards it via Innovate UK.

“The UK Government is ambitious for Swansea, and the Swansea Bay City Region deal is expected to deliver more than 9,000 jobs and £1.3billion of investment across the region.

“I have no doubt that I’ll be back to Swansea University in the near future because of the great strides they are taking in the science and research field which are being recognised around the world.”

The Active Office was funded by Innovate UK, with support from Swansea University and the European Regional Development Fund through the Welsh Government, and is sponsored by Tata Steel and Cisco. 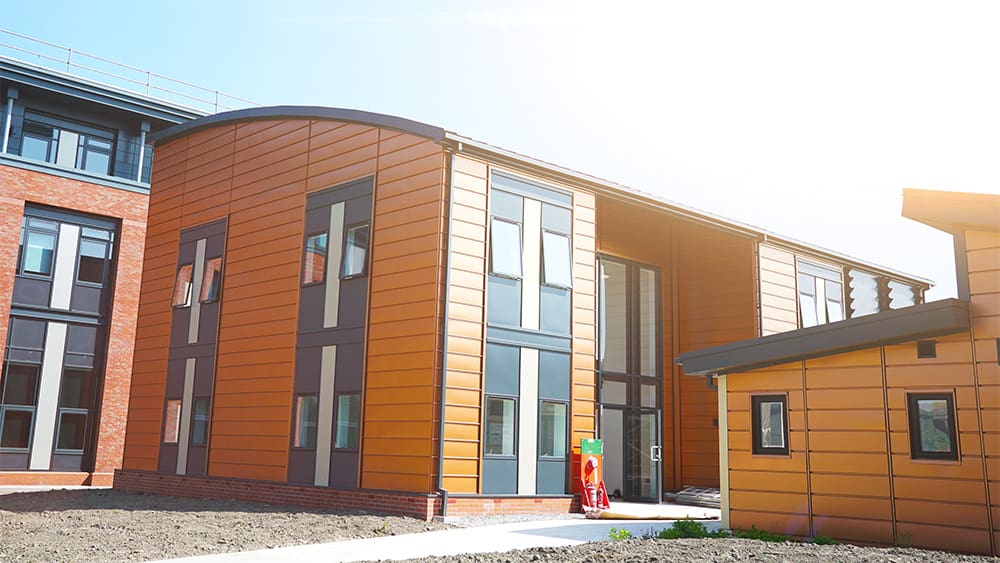