Warmth not waste: new research will look at re-using waste heat from industry 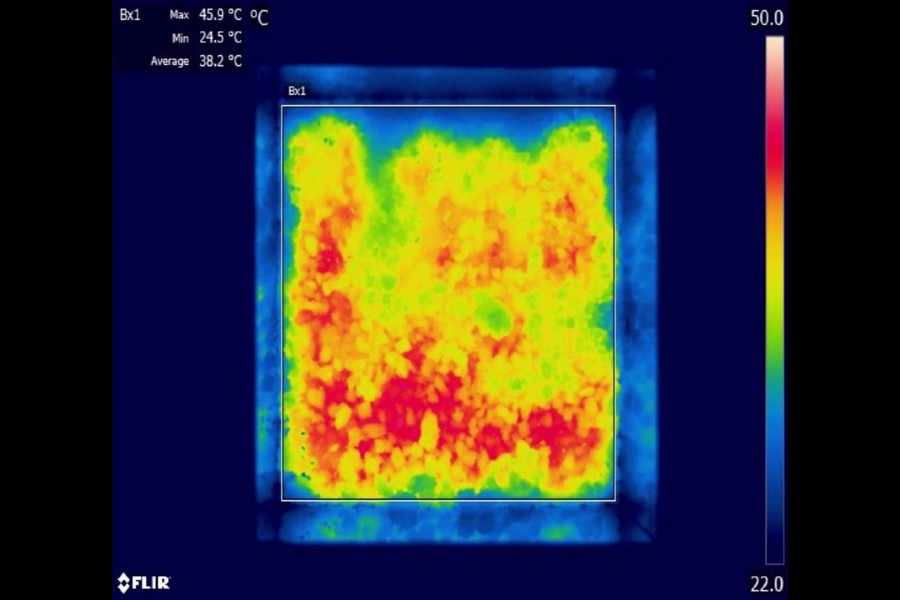 A new project involving Swansea University researchers and Tata Steel will investigate the potential for recovering waste heat from industry so it can be re-used. Heavy industries can release up to half of their consumed energy as waste heat. The heat generated by the Port Talbot steelworks is equivalent to the heating demand of 500,000 homes; capturing and re-using it would offset more than a million tonnes of carbon dioxide emissions each year. The project will focus on a thermochemical heat storage material developed by Swansea University’s SPECIFIC Innovation & Knowledge Centre.

Researchers will look at whether this material can be used to capture, store and release waste heat from Port Talbot steelworks. They will be exploring the technical, economic and environmental potential. The 24-month project is called Mobile Energy Storage as Heat (MESH).

“Our ultimate aim is to be able to store this previously-wasted energy for long periods, and to transport it to where it is needed. For example, it could be used to provide low or zero carbon heat for industrial processes or for heating buildings such as homes, offices or schools.”

“This project offers the potential to derive value from this form of heat, also helping drive down the regional CO2 footprint.”

The project has been awarded £250,000 funding from the European Regional Development Fund through the Welsh Government and FLEXISApp, a partnership between the Universities of Swansea, Cardiff and South Wales, industry and government which aims to develop innovative energy technologies. A further £50,000 will be provided in match funding from the project partners.

“The partnership project MESH is an exciting one. Dr Jon Elvins, his team at SPECIFIC and Tata Steel have already made great progress with research in Thermal Heat Storage.

FLEXISApp is able to part fund the commercial development of technologies that focus on industrial decarbonisation and greenhouse gas reduction.

With the additional funding and resources from FLEXISApp this partnership can be developed further, to drive forward the creation of new green technology and reduce carbon dioxide emissions from industry.”